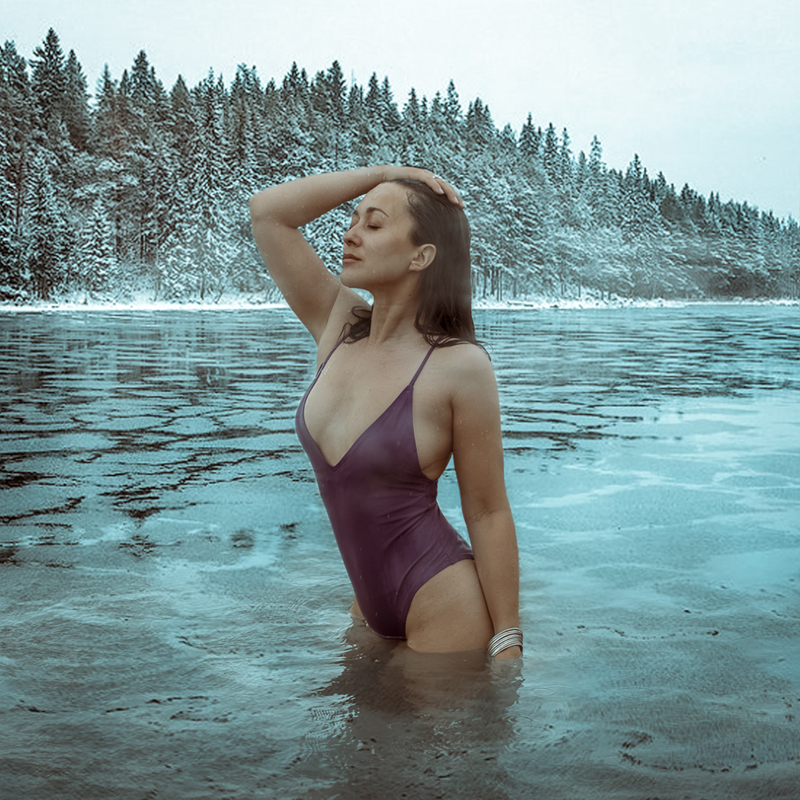 Biography Exhibitions
Hello everyone I'm Nastya. My full name is Anastasia. I'm a photographer. My favorite genre of shooting art Nude.
I started taking pictures when I was still in school. Now I am 35 years old. I had a small old film camera. I was filming my friends. I spent all my lunch money at school developing and printing my photos. After school, I gave up photography because he went to study at the Institute. I chose the boring profession of a lawyer. After College, I realized that I would never become a lawyer. I worked for five months in an advertising office and saved up for a digital camera. I didn't take pictures of my friends again. A year later, I opened my own photo Studio. Spent a lot of effort, but made it successful in your city. The Studio had to close because I moved to another city.
I have been doing photography for more than 12 years. I shoot a lot of creative projects. Now I live in Siberia and noticed that the weather is very cold here, but the women are very hot.
I really like black and white photos. I like the work of Irving Penn and Helmut Newton. I also like movies. I like Directors like Alfred Hitchcock and Martin Scorsese. I think that these are brilliant people.
2012 - I was a participant of the international conference on photography in Vladivostok.
2013 - I participated in a large international photo exhibition in China (Beijing)
2017 - I was trained as a photo shoot stylist.
Since 2018, I have been working with the magazine "Business and Medicine".
I had two solo exhibitions:
2018 "nature of a woman" (there were 10 heroines. The photos were black and white. The shooting was conducted in nature. Each girl chose her place individually. With this exhibition, I wanted to show how women are connected to nature and the Universe.)
2020 "business-lady". (This exhibition was held in collaboration with the magazine. Participants of the exhibition are successful, strong and beautiful business women. They tried on men's suits, but I managed to emphasize the tenderness and fragility of women)
2020-Publications in fashion magazines. More than 10 magazine covers in 2020.
I actively participate in photo contests on the Internet.
I work with various magazines in France, Germany, Russia, and Italy.
I have been engaged in weightlifting for many years and now actively shoot female athletes. I like to shoot women. I think they are beautiful and sexy clothes and without clothes.
I shoot 90 % of my shots with natural light. I like the fact that it's hard to control.
Photography is my passion. I really like what I do.
Now I actively run my YouTube channel in Russian and talk about creativity and inspiration.
2018 "Nature of a woman "
2020 " Business lady"
Sort By:
Artist Works
Sandy beach
P7681
One breath for two
P7822
I'm waiting for you
P7685
Infatuation
P7683
Sunday
P7825
Insomnia
P7682
To swim here
P7684
Sexuality
P7823
×

The world's best in provocative art

Straight to your inbox

Let us show you something you haven’t seen before. Welcome to Art Provocateur Gallery.

By clicking "Join Now" you acknowledge that you are 18+ years of age and agree to receive the Art Provocateur Gallery newsletter from which you can unsubscribe. You agree to APG's Terms of Use and Privacy Policy.